I remember I was just starting to enter my January's month end report and in a glimpse of an eye, I am now entering February's one instead.

The second month of the year certainly came and went. I had certain worries that I would not be able to fulfill my training regime. But in the end, I did it with a total of 260KM covered. I dug deep within and question myself if I really wanted it. "YES" came instantly and in the first 2 weeks of the month, with a slight modification to the regime, 200KM was covered by those legs of mine, 100KM each every week. And surprisingly, instead of feeling tired, I was feeling fresh and good. Not great but good and that is all I can ask for. I guess I owed it to my food and drinks intake which are vital for recovery and also the active recovery runs I put in between.

February wasn't easy to start with. The introduction of speed workouts at the final week of January was carried into this month with more intensity added in. Gradually, inclines were added to them. I guess this is an important element when training for the up run this year. So yes, although tough, it has to be done cause there is no point training easily.

Besides that, back to back runs on weekends has also started. Though distance isn't exactly long yet, I am slowly starting to lose my privilege of having to sleep longer. And this I had to endure for another 12 odd weekends or so still!

Anyhow, with the two easy months completed, it's time to embrace "Hell March", probably the toughest training month in the Comrades training. An increase of running distances, speed and back to back long runs, you will probably see me dozing off at work throughout the month! And to start it off will be my first attempt at tomorrow's Gunung Nuang Ultra which is also my first visit to this rather famous training ground for lots of runners.
Posted by Frank Chong at 3:00 PM No comments:

It has been 7 days into February 2015, the second month of the Comrades training. Despite suffering an almost dead car battery, cracking my car's side mirror signal cause I bang into another side mirror and dropping my GoPro, it was a good start to the second month. My first 100KM per week of running distance this year, my very first milestone in training for this year (I don't consider Hong Kong 100 to be a milestone).

Neither was it planned nor was it accidental. It was a wake up call when I missed my morning run at the last day of January which I overslept which sent me thinking. "Can I do this training with my my health concerns and also limited time"? I looked into my regime given again and gave it a slight modification going against it, well at least a little from what was given to me. Sorry coach! The plan was to to hit this milestone, and then maintaining the fitness gained here while recovering the next 2 weeks during the festive season before the onslaught into the third month.

I took the modification with extra caution in hoping that I do not suffer any burn out from it. I took into lots of fluids, oats and went a little clean with my diet increasing in vegetables of all sorts of colours and at the same time increasing my fish intake while reducing meat. This cause extremely active bowel movement which resulted in a very "light" me and hence I do feel and run better. The lightness can be felt, but obviously I would need to wake up way earlier for my usual pre-run rituals. 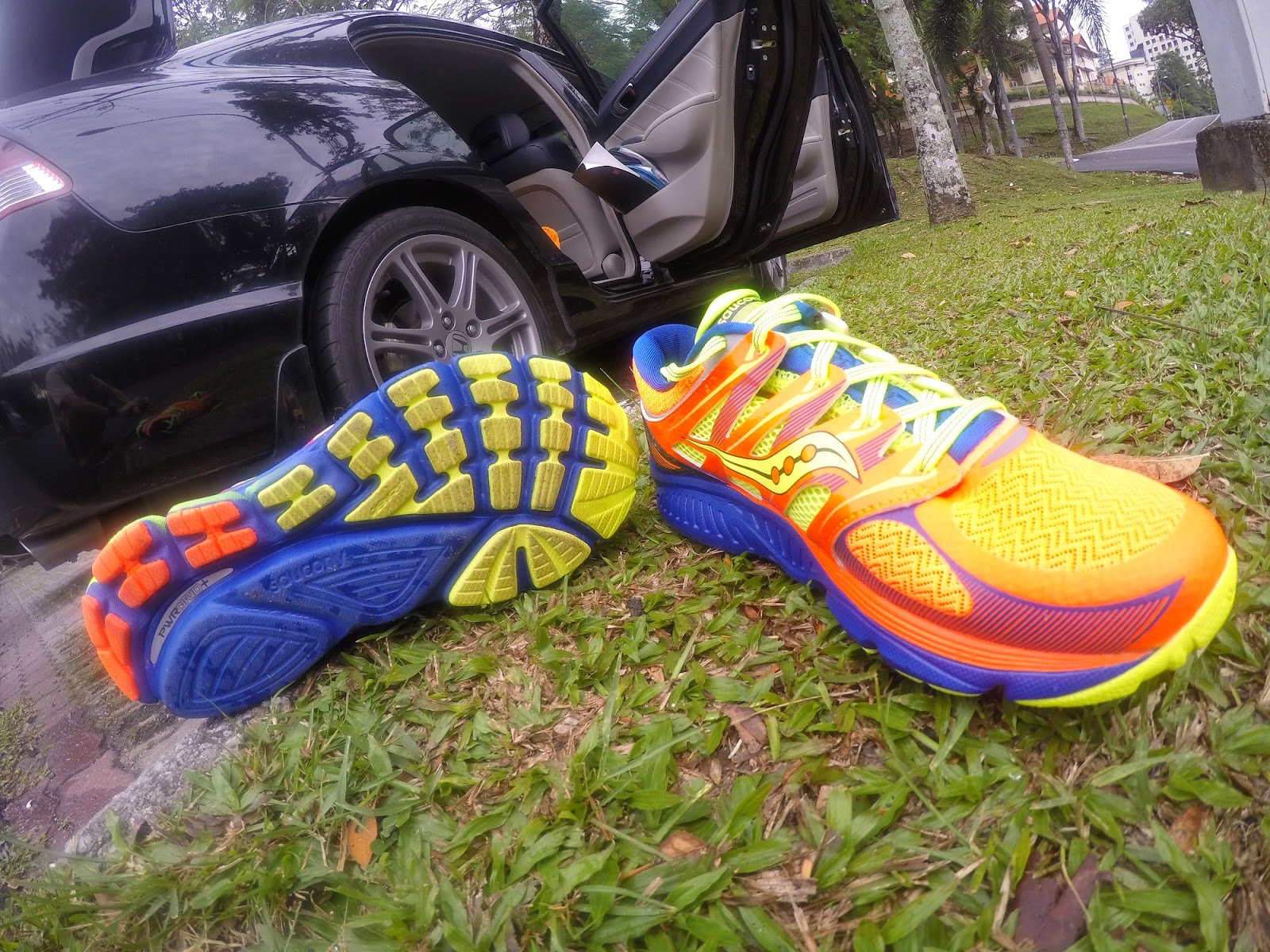 Going WHOA with the all new Saucony Zealot ISO.

And with courtesy from Saucony Malaysia, I got myself a new pair of rubbers to help with the distance, the all new Saucony Zealot ISO and together with the Saucony Ride 7, these 2 heavy duty pairs offers propulsion and protection, and at the same time keeping my legs "safe". With a public holidays smack in the middle of the week, together with Roy and Si Main, we explored the hilly part of the Bukit Tunku route taking us to the hockey stadium route and also mayor hill which was challenging but yet satisfying. 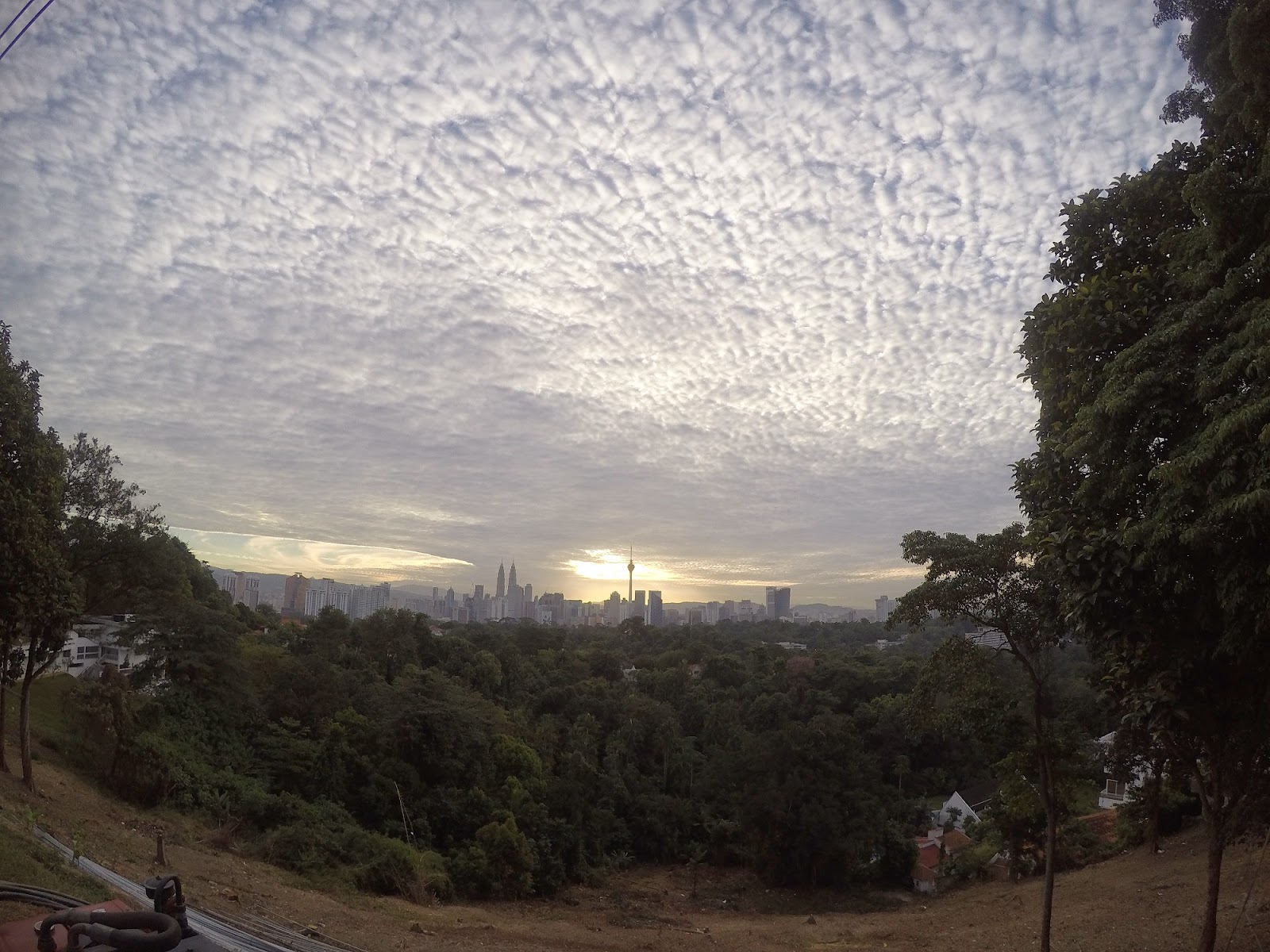 All in all, I was satisfied to be able to hit the 100KM distance per week this early without any burn out. In fact, I felt good and strong, just hope the internals are coping well. And after a hard 1 week of work, I guess it's time to pamper myself a bit before some "tough" running with Chee Kong next week when he returns for the festive season. Have mercy!
Posted by Frank Chong at 11:10 PM No comments:

"Here we go again"! That's what I told myself when the new year started on 1 January 2015. A whole 365 days  new year awaits but what beckons is 150 days throughout 5 months of training otherwise known as blood, tears and torture. The training for my fourth and "toughest" to date Comrades Marathon begins.

Why did I say that it's going to be my toughest even before the race? As mentioned before, my target for this year is set pretty high and I am not sure if I am able to do it. Outrunning last year's time seems pretty realistic though but hey, I got nothing to lose to try what has been set for me. To succeed is a bonus, to fail is to go back to the drawing board and try again. That was my mentality, that was what I told myself. And I've got 2 messages lock into my mind, "Mind Over Body" and "This Can Be Done", both given and reminded to me by someone dear and also my coach.

January 2015 marks my 6th month of transition into the Maffetone training method. It has so far proven to be very effective and hoping that the journey ahead will be better with it. And January 2015 like my others January's' the previous years seems to be an easy month to build the foundation to the training ahead. But with the fitness gained at the final quarter of last year and with very minimal fitness loss during my down time, this month is all about maintaining and perhaps improve on it.

I stood with the program that was given to me, and didn't get over adventurous in trying out new stuff. Pretty easy runs for the first 2 weeks of the month before a 100KM race at the Hong Kong 100 Ultra Trail Race, an eye opener for me. Took me a while to recover from that though as I went down with cold for a couple of days. I guess that's the results of defying the doctor's order. Yeap, you did not read this wrong. I didn't mention this before but I underwent a medical checkup a couple of weeks before the race and was not given the green light for the 100KM race. Then the final week of the month introduced speed session for me with time trial being the first. Speed isn't something I favour but I guess it's a necessity to improve on my timing.

And all in all, I slightly overshot my estimated targeted running distance by achieving 300KM worth of it.Certainly a nice number to start the first month of training with but as a reminder to myself, it's not about the distance, but time. And it's going to get tougher and tougher for the next 4 months as not only I train myself for this year's biggie but at the same time to look after my health. I may not be 100% but I will go on and on, till the day I can't anymore. Embrace myself I need! 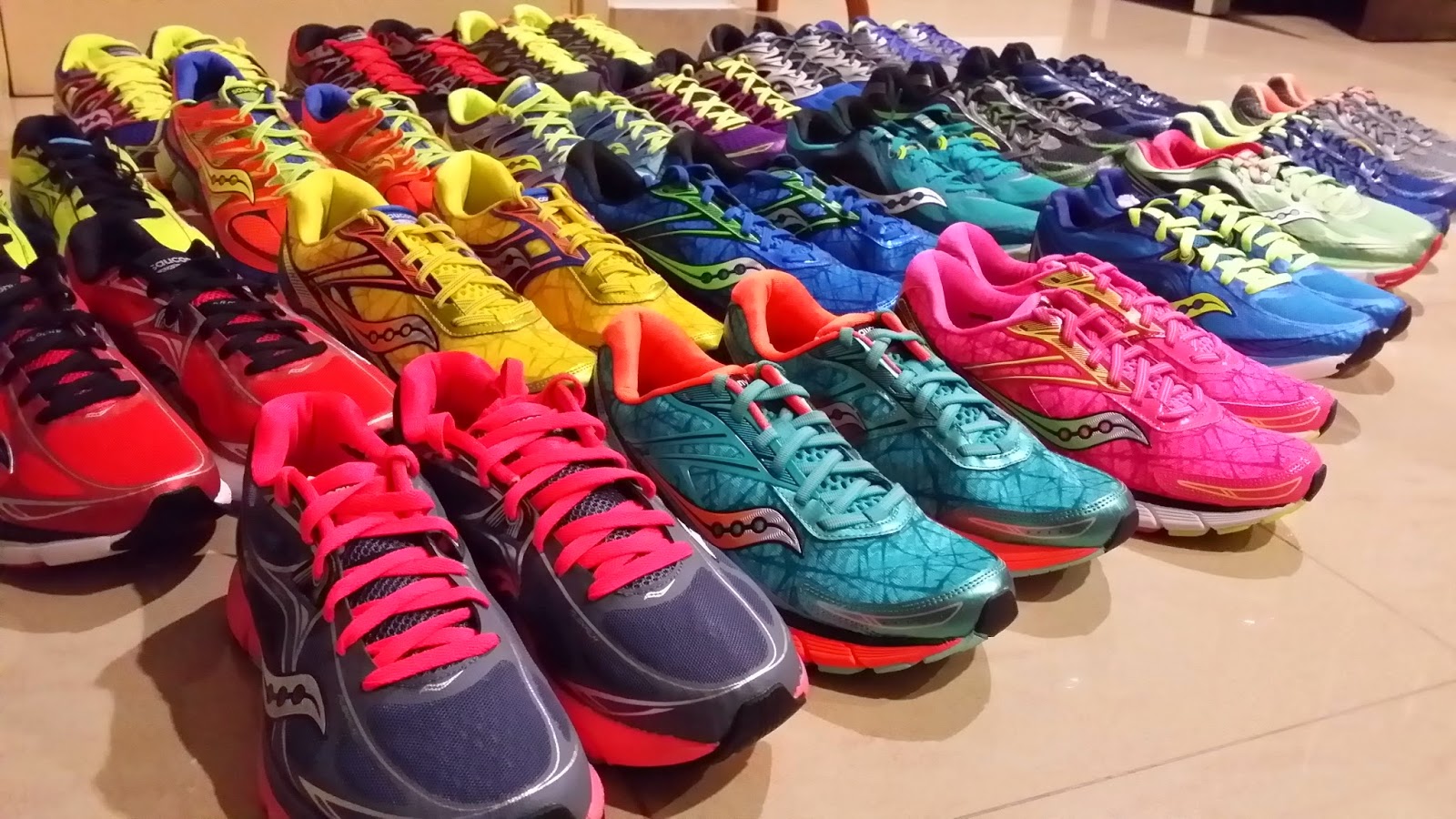 Time to burn those rubbers!
Thanks Saucony Malaysia for supporting myself, Zijill and Jason for our
Road to Comrades 2015.