When  Roy delivered the news to me last Thursday, 17 July 2014 regarding the crash of a Malaysia Airlines flight, I was totally shock! I was driving back home and was caught in the jam at Persiaran Surian after having durian with Jason and Soon Chung. I ask him where was the flight from and heading to and he told me Amsterdam to Kuala Lumpur and instantly at that time I knew it was flight MH17! Yes, for some reason, I do know this flight number by heart but at that time, I was hoping the news wasn't true. I quickly got home and turned on my television and saw the news. My heart sank and I was really sad when the news became a reality to me and upon seeing the images, it was heartbreaking. 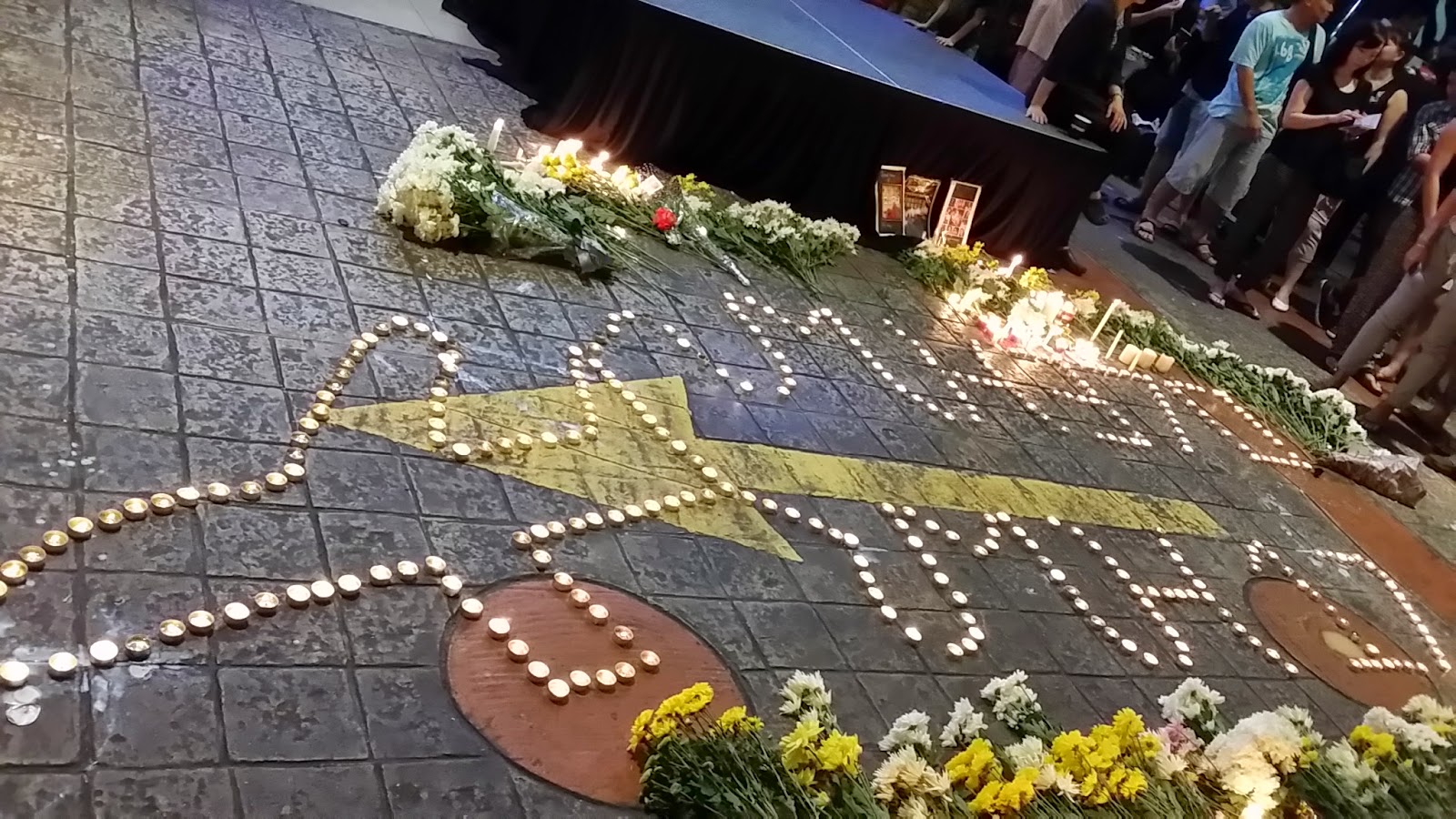 A week later, just yesterday, a vigil was held at Empire Shopping Gallery at Subang not only to remember flight MH17, but also the missing flight MH370. I was there to remember those who perish and to give my silence support to those affected. But as the ceremony was about to start at 9.30pm, I was told by Chee Kong of another aviation accident at Taiwan where a local domestic flight crash landed at Penghu claiming 47 lives. Indeed sad for there are just too many aviation accidents within this year. 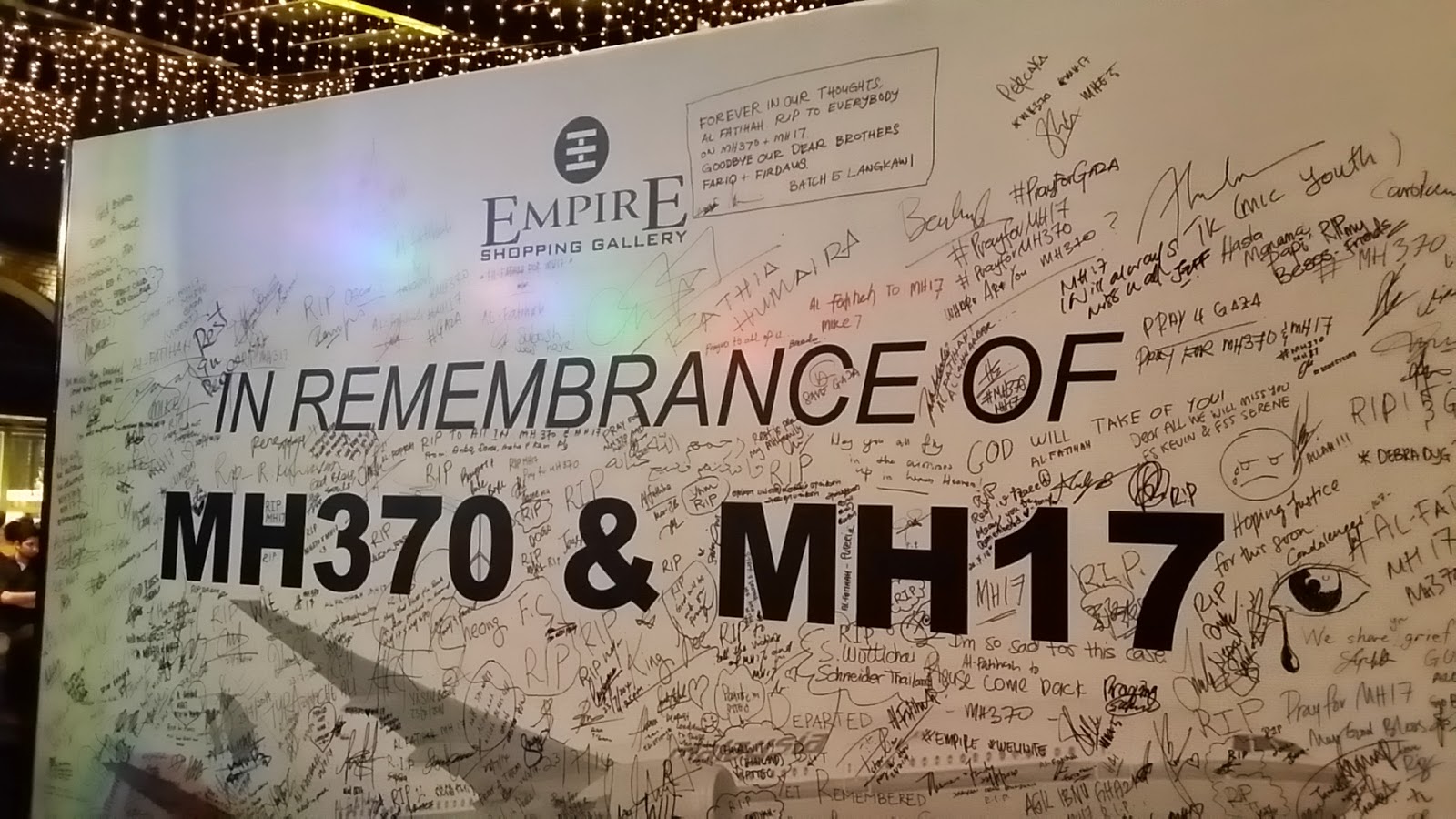 Malaysian Airline flight MH17 meant a lot to me. I wasn't on board it nor do I know those who was. But it holds a special place in my heart, something which I only can understand myself. Today, MH17 is retired as a mark of respect and the duty taken over by flight MH19. Will continue to fly with Malaysian Airlines when needed for its a homegrown airlines, one that gives us fellow Malaysians a warmth touch to the heart.
Posted by Frank Chong at 12:26 AM No comments:

2014 has been smooth sailing so far, at least in my running form. Though the year started off with just trainings and being pretty quiet in the race scene, with half the year behind now and with only 4 races in the bag with Comrades Marathon being the highlight of it, I do feel I am on a roll now.

Titi100 in February 2014 was done in a pretty comfy pace and while there was a little difficulty at the Twilight Ultra Challenge in March 2014, it was both fruitful enough to contribute to my best performance at the Comrades Marathon this year.

Comrades Marathon will always be my annual Class A+ race and hence everything will be paid attention to it. And after returning from a very successful one, one month ago, I am not stopping as where it is this time which was the mistake I made last year. I took 2 weeks rest and was back running again, completing another 90KM at the Back 2 Endurance. And from there, I continue on with the momentum and hope to bring this forward to some next races I  have on my calendar starting with Kuching Marathon where I will use it as my seeding race for next year's Comrades before reverting back to ultra distances especially on the illusive 100 miles Craze Ultra.

In terms of running, I am feeling great now, so much similar to the feeling I had back in year 2009 where I ran my fastest marathon at Macau. My one and only sub 4 hours marathon, I certainly hope I am able to do it again this year. It will be pretty impossible to out run my best time, but a sub 4 does sound possible. It has been close to 5 years since I started focusing on ultra distances hence it will be a challenge to build speed to challenge this. Therefore, I restarted with interval sessions, something which I actually did back then and seriously hating it till today. But ever since I returned from South Africa this time, I've somehow unleashed the inner "monster" in me in where being a sadist, my pain threshold somehow increased as I began my own torture.

With the feeling of 2009 back in me now, I hope I will be able to roll forward from here and to achieve further. But what happened at the end of 2009 that destroyed the momentum with an injury will hopefully not happen this time round as I move towards my fourth Comrades. And whether will I crash and burn whether from injury or from other life event or factors, that remains something yet to be answered.
Posted by Frank Chong at 12:30 PM No comments: