I'm just glad it's behind now. The fourth month April has came and went. Billed as the second toughest month with back to back long runs on weekends, I am glad I survived. As coach says, I should feel tired which I was but yet strong.

April has been in tradition a difficult month for me the past couple of years. I normally fall sick in this month and this year, I took extra precautions. I was glad that the haze did not return this month so that was  a plus sign. I washed most of my clothing and bed sheet in Dettol hoping to minimize any potential bacteria building up. I also took in more supplements and drank more water to keep body heat at bay.

I carried on the momentum from March though it started a little slower due to recovery from the Twilight Ultra Challenge. And for the first 2 weeks, the gauntlet was thrown down as I kept my focus steady on what was needed. But I was unlucky during the first weekend when a bee stung me on my neck while running at Mayor's Hill. Though not serious, it caused some irritation. And then came the second weekend which was my critical back to back long runs. I almost did not survive that but with the help from Zijill, Jamie and the Gold Coast group, I completed the daunting task.

Training almost got derailed on the third week as there was the Pisang Relay to manage. No weekend long runs and hence I needed to find time on weekdays to maintain my fitness. It was really tough but I needed to hang on and am glad I did before everything went back to normal at the fourth week.

While most will be doing their last long run at the final week of April, I decided to finish off the month with the King of Bukit Larut 26KM run at Taiping. I signed up for it was an extremely hilly course but as the race drew nearer, I regretted for fears the downhill may hurt the legs after seeing the profile. However, I still went for it and took the opportunity to train uphill there while tackling the downhill with extreme careful measures. I completed it nevertheless with a fruitful uphill training there but with a little soreness to my quad muscles, but glad no injuries. And all in all, that closed my fourth month off with a total distance of 328KM ran, target achieved once again!

In this month too that I finally received my race shoe which as per my tradition will reveal it together with the rest of my gear next month.

Anyway, am so glad the 4 months of pure grit and smart training is in the pocket now. It's time to embrace the fifth and final month where we Comrades runners starts to taper off. It will be a frustrating month as intensity is greatly reduce but we just had to hang on for 30 days more and then it's RACE DAY!
Posted by Frank Chong at 11:30 AM 1 comment:

The last weekend of April was suppose to be my Comrades long run and Chee Kong tried to tempt me over to Scotland near Glasglow for the Hoka One One Fling 53 Miles. I was really tempted to go as most of my close international Comrades family from Caroline, Susan Hui and John Sneddon will be there. And not to mention my Scottish friends too. However, Scotland isn't a taxi ride away and was glad that the registration for this race was a quick sold out hence leaving me with no choice but to stay put back home. Instead of sulking, I found myself the King Of Bukit Larut which I signed up with Roy after seeing it's hilly profile.

Fat forwarding to the week leading to the race, I almost regretted signing up after studying the route profile. Although it was a steep long climb which I need, it's also a very steep long downhill. Total of 1,250M gain and then 1,250M loss will be damaging should it be not tackle properly. And knowing I am weak and clumsy with downhills, I had doubts for the descend.

Anyway, myself and Roy still made our way there on Saturday afternoon with me driving. Traffic was smooth albeit raining for most of the stretch and by 2.5 hours at 5.30PM, we arrived safely at Taiping and proceeded  to check into our comfy and cheap hotel at Legend Hotel. Although there was a dinner scheduled with Ewegene, Hong Lan, Barkley, Renee and a few others at Kuala Sepetang about 17KM away, myself and Roy went to the nearby market for some quick bites first as we were just too hungry before meeting them at their hotel.

Kuala Sepetang is a nice small fishing village. We had our dinner just next to the river. It's been a while since I had seafood and for the first time, I tried on the thorn snail. It's actually tasteless but with some chili paste, it's actually pretty good. Then flower crab which I do not know when was the last time I had them. Anyway, dinner was satisfying and we made our way back to the hotel for some rest. 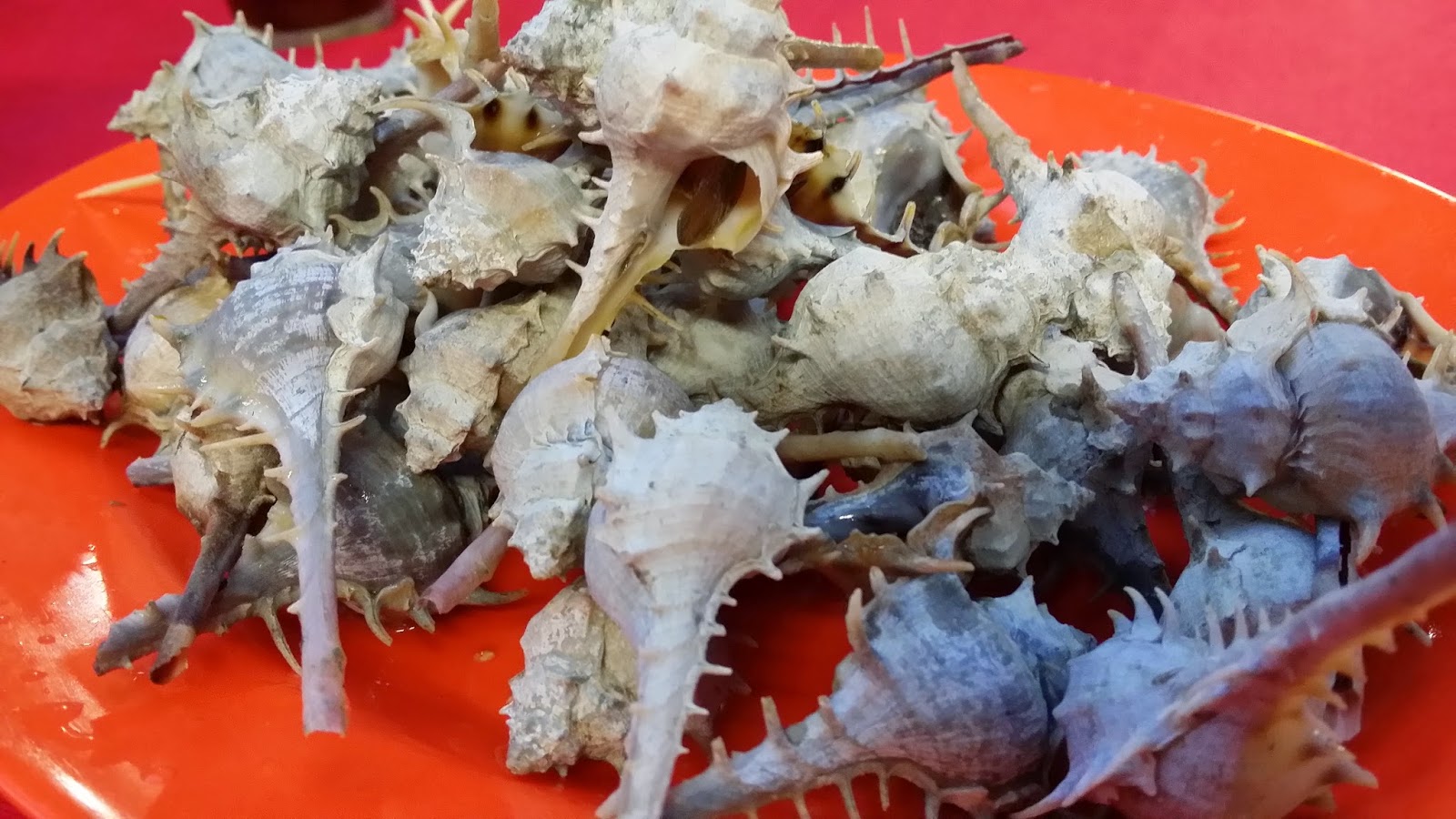 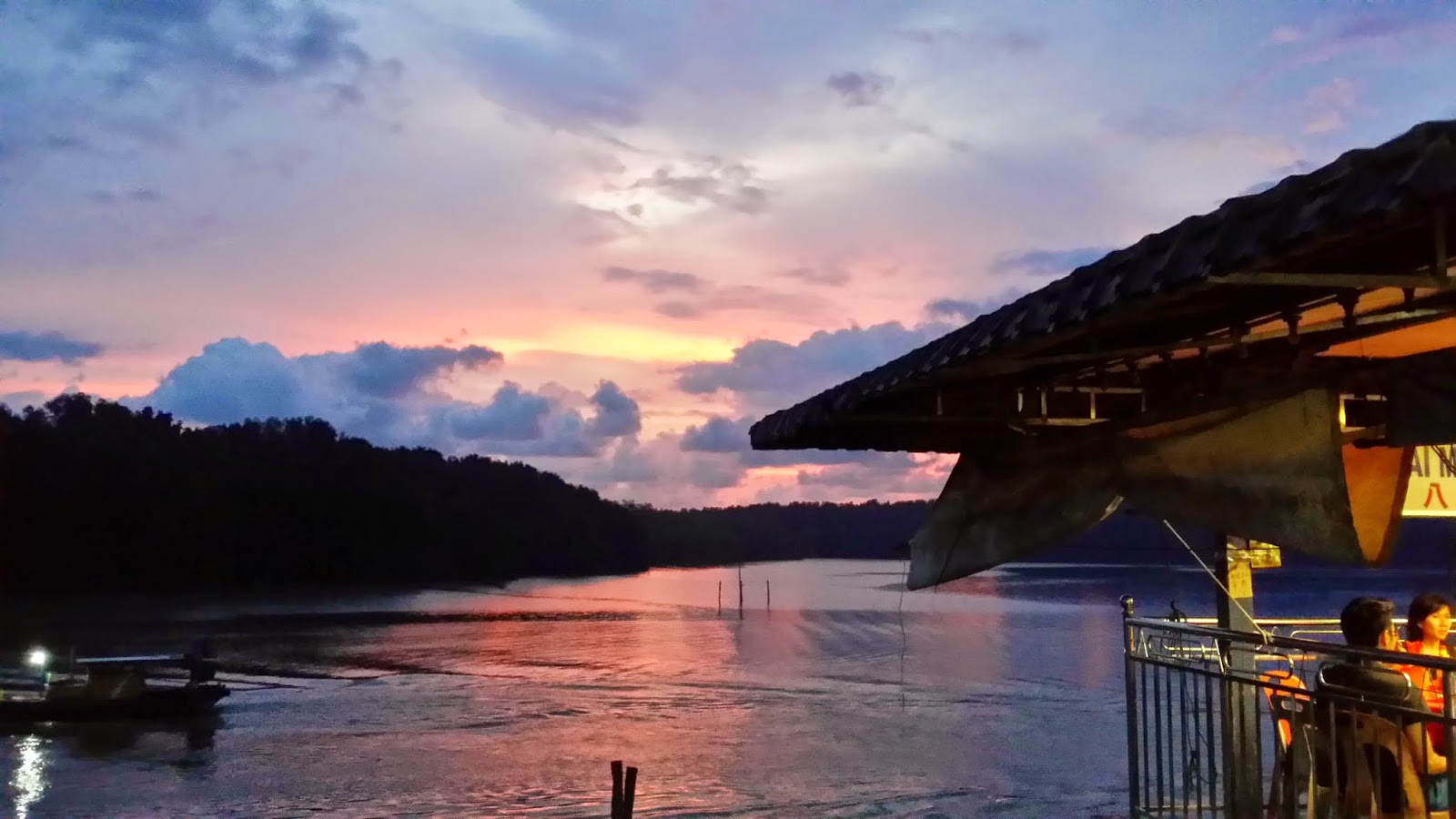 After cleaning ourselves, myself and Roy decided to call it a night. He doze off pretty instantly and I was surprised he was snoring, which I do not remember. Guess he was tired. Kept me awake for a moment, actually throughout the night!

I woke up about 5.15AM and got myself ready. Breakfast was a Honey Stinger waffle and a Clif Mojo bar with a cup of Starbucks Tribute Blend Americano. Everything was OK except my bowel which seems a bit "stuck". However, by 6.30AM, we made ourselves to the foot of Bukit Larut which was not too far away.

Upon arriving, I saw Barkley with his camera and instantly realized that I forgot my GoPro. Sigh... And the tummy began to show some signs of a potty visit. Quickly collected my race pack and made my "deposit". But to my horror, I "lost" my underwear within my compression shorts! OK, let me get this clear. I was testing out a new underwear I bought from Hong Kong back in January, the Mont Bell Zero Line. It's not a cheap gear but I hope to be using it at the upcoming Comrades Marathon. It's made of a very thin layer of micro fiber, so thin that it actually drop into my compression pants. Perhaps due to the size too. But anyway, I managed to "locate" it back.

The compact venue was filled with runners. After race briefing and singing the national anthem, the 26KM category was flagged off at 7.30AM sharp. It was immediately climbing and this is where I will train and test myself out. In fact, my initial plan was to go hard on the up, and easy on the down.

I was glad that the road was wide enough to accommodate the runners and quickly enough, I broke free from the main pack and started climbing. It was really steep but with fresh legs, it was still fine. Besides, the training at Mayor Hill helped a lot here. But not only it was steep, it was winding too. Soon enough, the first water station appeared at 3.5KM mark and I was told I was in position four. I was really surprised but that didn't bother me as I did not come here to race with another.

The climbs just kept coming till about 6KM up with a little rest for the legs at a short flat part. But rest I did not as it was advantage on the flats. Arriving at 10KM is where the small resort is. Nice place and I could see the magnificent view while enjoying the fresh air. 3KM to go to the top and it got a bit technical with the slippery concrete surface and a few metal grill covering the drain. Up wasn't too bad but I knew those will be trouble when making the return trip later.

Eventually I got to the top in 1:38:40 hours and Fathudin was there to greet me and pass me a ribbon. And from here, it's time to make my way down. It's hard not to run down as it's steep. Thus I ran but with caution. Yim was near to me and soon after he made his turn, he zoomed pass me and disappeared almost immediately. Roy was not far behind too.

With some descending skills I learn from Chee Kong, I set myself free and just ran.Though it felt fast, I was holding back especially on slippery surfaces and sharp turns. I need to protect my knees but at the same time, I was actually having fun. Everything was going smoothly and I met my friends along my way down. At the final 5KM, I bumped into Hong Lan but shortly later, I was passed again by an ex-pat from United Kingdom. I was down to position 6 instantly but I didn't want to give chase. I did pass the 5th runner though as he was walking down ahead. Guess his legs must be hurting.

Anyway, everything went smoothly and I eventually crossed the finish line 2:39:40 hours later coming in position 5 with absolutely no pain, soreness nor mishaps. In fact, I was very happy with my performance. Collected my medal and had 2 bowls of their famous but over rated Ansari cendol Hung out for a moment before leaving after Roy returned. 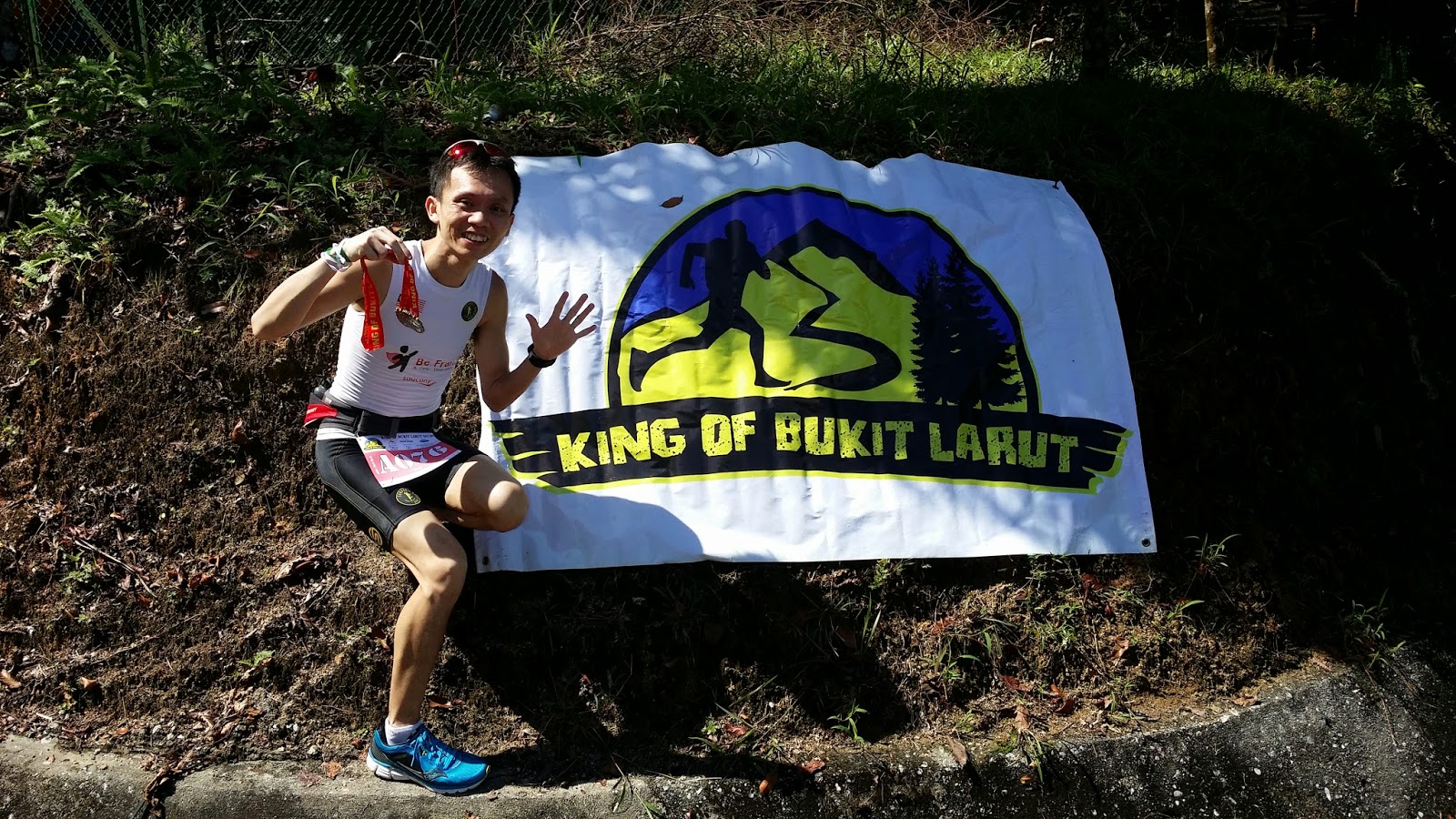 Happy with my run.

And after cleaning ourselves and checking out of the hotel, we returned to the market for a simple lunch before starting our journey home which was a smooth ride. And thus came to my closure of 4 races in the name of Comrades training. It's 34 days to go from now and hence, it's time to make good use of the training I had.
Posted by Frank Chong at 10:00 PM No comments: